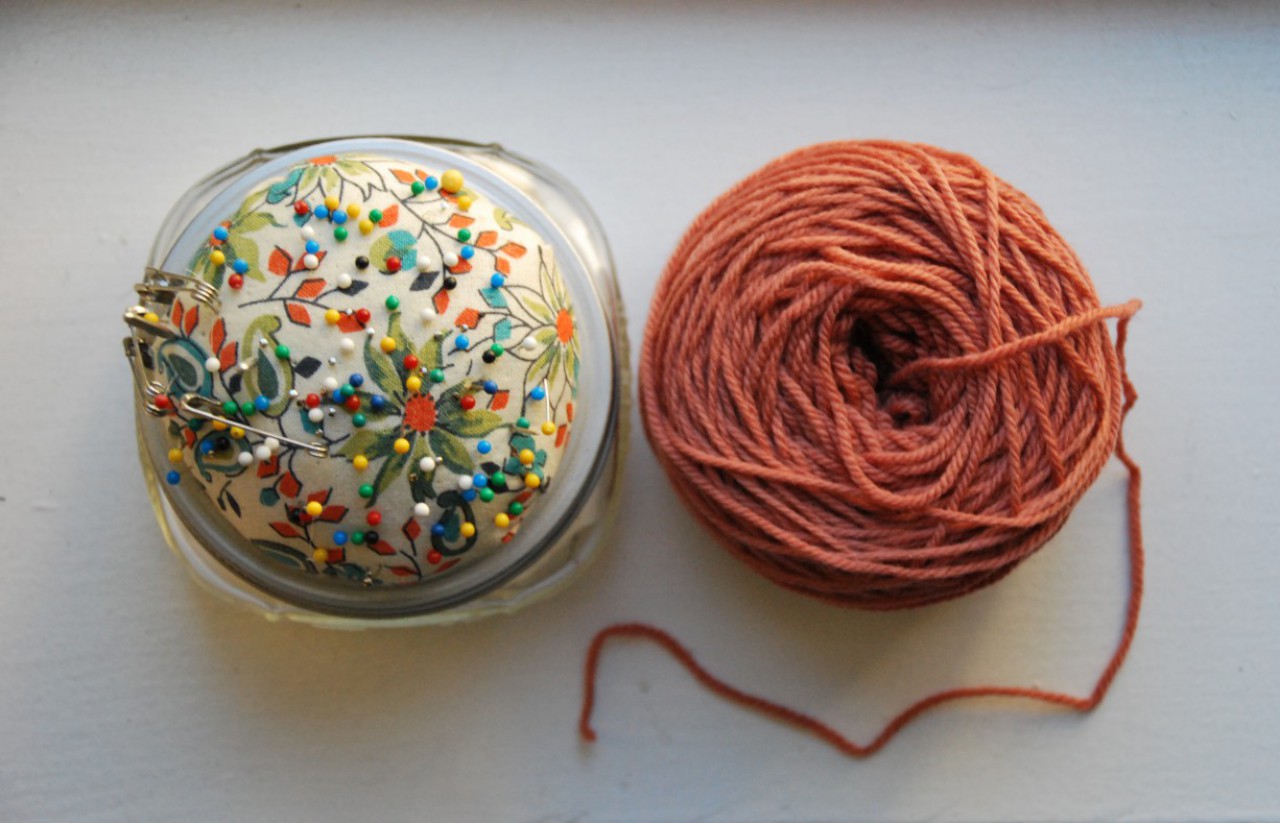 I was in the middle of instruction.  Second graders had gathered around the rug, and I was gently trying to steer conversation to a place where the kids would miraculously make the connection I needed them to as we learned about solfege – that’s “do, re, mi” and so on for the general public (note: if you are imagining me singing and dancing around my classroom like Julie Andrew’s while being followed by immaculately groomed children with excellent pitch, this is not QUITE accurate).  I asked a big leading question and got nothing.  Blank stares. Silence.  I reframed the question, and waited for them to have a little think time.  The room was quiet (a phenomenon which only seems to happen when I need them to talk)…. and then finally, a hand.  Her hand was stretching  hard to the ceiling, blonde pony swinging, eyes alight with her eagerness to share –  clearly, there had been a lightbulb moment. Great learning was taking place.  Moments like these – this is why I teach.  I called on her, “Yes C., what did you notice?”

September was about as productive as that lesson.  My project plans were in place, the materials ready, the eagerness to make was there, and yet somehow things didn’t end up quite like I had planned.  I’d like to tell you this is out of the ordinary… then again, I’d also like to tell you I didn’t lose a cardigan for a month, only to find it stuffed into the top of our entryway coat closet, buried under a pile of mittens.

School is now well and truly underway, and my ability to remain functional, let alone awake, later than about 9:00 p.m. has seriously deteriorated.  Those late night hours are typically my time to chip away at one of my in progress knitting projects, tape pdf patterns together, or sew drapes into play clothes for all of the Von Trapp children.  Instead, I’ve found myself lounging in the big green chair with my laptop, researching new projects or falling fast asleep after only one row of knitting. Fortunately, those single rows did help me to move forward on a few WIPs (which for most makers stands for “Works In Progress.” I find “Waiting In Piles” to also be quite apt).

This is my #fringeandfriends knit along sweater.  The challenge was to knit a top down sweater without a pattern. I decided to make a bulky weight cardigan out of Puffin from Quince & Co. This is meant to be a sweater I toss on over PJs while making coffee, wear with jeans to go out to dinner, or sweat through while jumping around with children at work. My hopes and dreams for this sweater are great – my ability to finish it – not so much.  Sure, I’ve made progress since my last post, but that was a month ago, and this sweater is knit with big yarn on big needles.  I should be wearing it already. I am happy to report that I’m at least 3/4 of one sleeve farther along than this photo shows.  However, there is a chance I’m going to rip that sleeve out and reknit it so it doesn’t look as though I was trying to make it big enough to fit both of my arms at once. 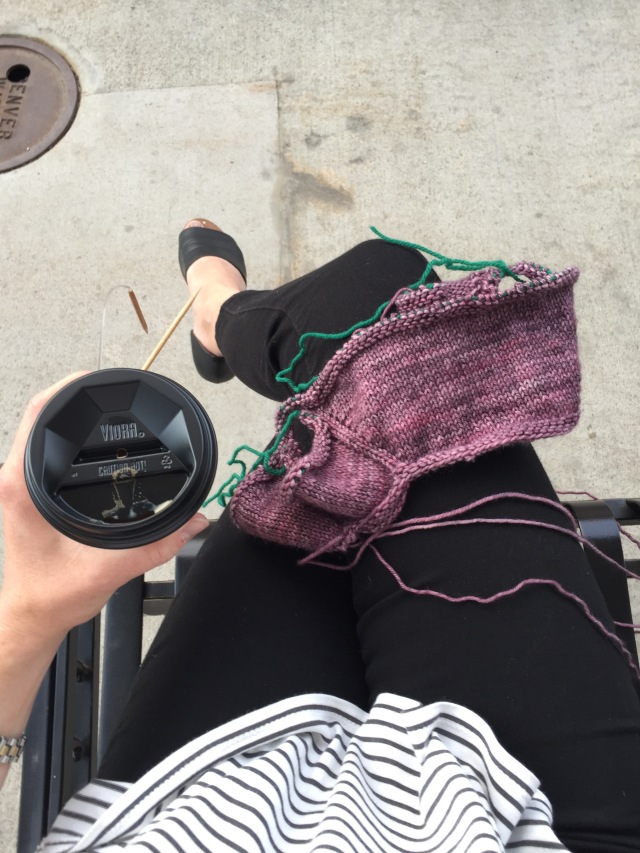 This teeny-tiny sweater received some attention during an unexpected trip to the laundromat.  Ginger the bulldog created a situation which required us to give the sheets, duvet, and down comforter a thorough washing. I actually mucked up the first row of the lace pattern after dividing for the sleeves because counting stitches is something I tend to regard as a “suggestion.” In the photo you can see where I had just ripped the lace out and made a panicked dive to save the live stitches for a do-over.  Fortunately, the caffeine saw me through the dicey moments, and victory was mine.

I’ve made some minor headway on a few other things this month, with one notable exception – this blog.  This is where I admit that one of my great pet peeves is following a blog where the blogger rarely blogs (try saying that five times fast).  Ironic, isn’t it?  So, this month’s project list includes some much needed new garments for fall, as well as a few more blog posts… and perhaps, if the mood strikes, I’ll make myself a pair of super soft pants.